Trying to play catch up....So what next?

Well, my to do list has very much taken a nose dive this past week as all my time has been spent at the hospital with Chris. Life is still far from our "norm" as Chris is really struggling to walk, or even put weight, on his leg.

I am trying hard to make a little time for some creativity as it would be so easy to just let the running of the house take over completely.

Earlier I decided to do another chapter of my Kit and Clowder marker Class. I opted for what I perceived to be an "easier" chapter...well at least something I was more familiar with...colouring hair!
I am not sure of the colour combo I used but it's all practice. 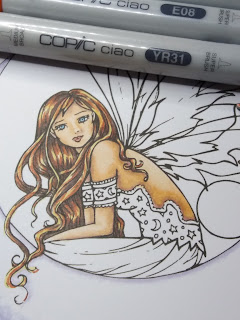 I was going to move on to another chapter of the class...but Bruce had other ideas! 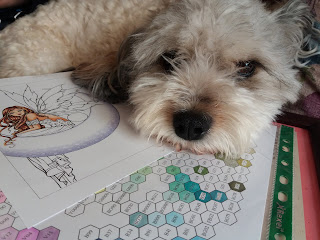 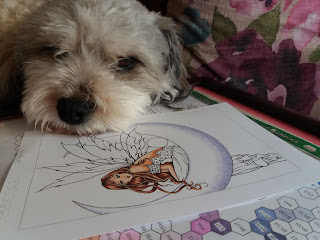 So rather than play with my Copic markers, I continued with a few of the little sewing projects I had left abandoned around the house last Saturday before our mad dash to A&E.

Now for some years now, we have been promising ourselves that we are going to claim back the kiddies playhouse at the top of the garden. Chris had a bar in his mind, my idea was more of a country tea room but we are trying to meet half way. We moved our old sofas up from the conservatory, I did a quick, makeshift paint job and tarted up a few bits and bobs.

We still have a lot to do: long term I would love it to be insulated and clad and have electricity up there but in the short term I have several arty farty ideas to try out. Last weekend I made two cushion covers for the sofa but have loads more to do and today I finished the hem on the cover I made to convert our old storage boxes into a table! (We still need to store some toys and garden stuff!) 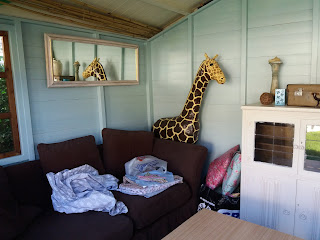 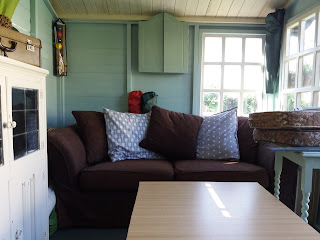 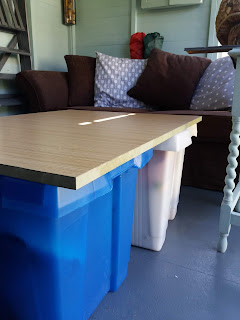 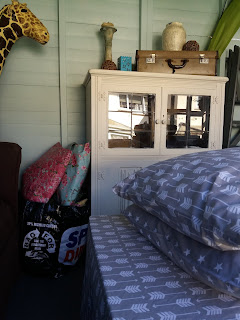 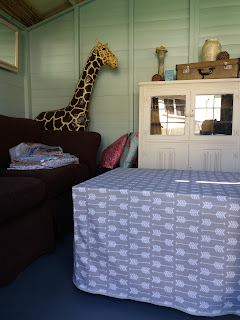 Looking forward to spending many a relaxing time up there with Chris...drinking tea...or perhaps a tipple or two.