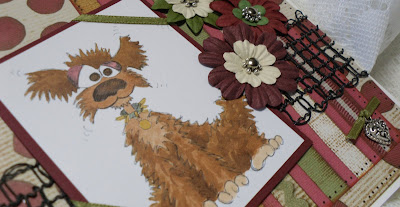 Well things are not really calming down much in the Dingle house, although we are not really ill, we aren't 100% and I am trying to keep sore throats and sniffles to a minimum with vitamins and good ol' Calpol....(for the kiddies!)
My mum seems to be doing marvellously and came out of hospital on Wednesday. She is having to travel up to King's College Hospital in London three times a week to keep a close check on the new kidney, it's a rotten journey but at least it's not quite as bad as having to travel to Guy's.It's frustrating for me as I still haven't really spent any time with her, with cold and flu bugs lurking I have had to send my love from a distance but really just want a big hug with my mum.
The children are really grumpy, especially Amelia and I am worried it's the change of school and missing her friends as well as not feeling 100% well. Lots of cuddles and time as a family I think but somehow it just never all goes to plan!
I increased my hours at work and I am struggling to keep going with just no energy or motivation at the moment. I think a good de-clutter in the house and my life is called for but I need to find the time and energy to actually make a start with it.

Anyway, I'll quickly show yow the card I made for this week's challenge over at Dottie's World...then I'll pop the kettle on and try to find my mojo underneath the clutter on my desk.

This week June set the challenge:

Well since I'm new on the Dotties World design team, and buy my digi downloads from Charmed Cards and Crafts, it just seemed right to have a charm incorporated into the card....soooooo, this week's challenge is "Charmed I'm sure", and I would love to see a charm, or charms incorporated into your card. Of course you need to use a charmed digi dowload, and if you enter for the next four weeks you may just win something nice!!... go on have a play, I can't wait to see all of your dangly bits!!! 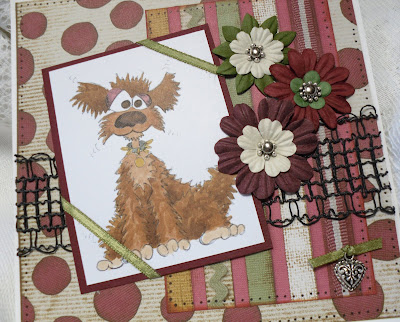 Scruff is from the Animal Magic download collection.
Don't forget play along with us at Dottie's World with the next FOUR challenges and be in with the chance of some super, scrummy, Pixie Chicks CANDY!!!!!
SEE HERE FOR DETAILS!!!!! 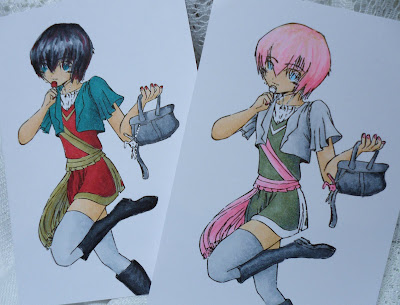 With mum still in hospital and having a few problems, probably caused by her medication but not 100% sure yet! Chris, Jack, Amelia and myself all trying to fight off coughs, colds and high temperatures...it's been a very long week. Had to have the day off yesterday as Jack really wasn't well enough to go to school and I am going around feeling constantly shattered.
Still trying to play catch up with everything but feel I am fighting a losing battle. Promised myself I would keep the childrens records for work up to date weekly and already we are on week 3 and I am falling behind. Better bump it up a bit on my to do list!
I have promised Nikki that I would colour a few of her new images.....better late than never honey...sorry! I really had fun with these and I hope you like them, thought they'd make great cards for teenage girls! 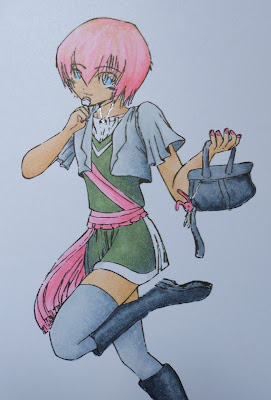 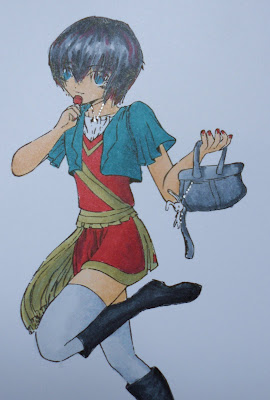 Email ThisBlogThis!Share to TwitterShare to FacebookShare to Pinterest
Labels: Copics

This time last week I was sitting nervously with my mum in Guy's hospital waiting impatiently to know exactly what was happening about her kidney transplant...my godness...it's been a long hard week! But the fabby news is that there is talk of my mum coming home tomorrow! We are all on the verge of colds so I cannot see her but to know she is only across the road will be fantastic!
Amelia seems to have settled quite nicely in her new school, Jack has been elected as House Captain...but we still have the runb up to his 11+ to consider.
With all this in mind I took to a bit of crafting late last night...please don't fall off your seats!
Here is the card I made for this week's Dottie's World Challenge. 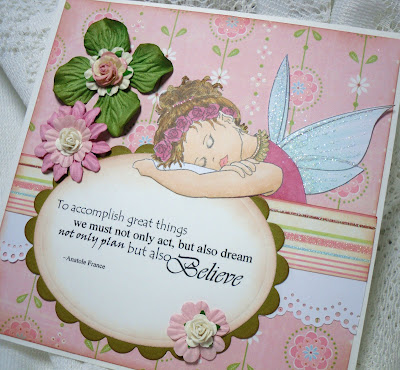 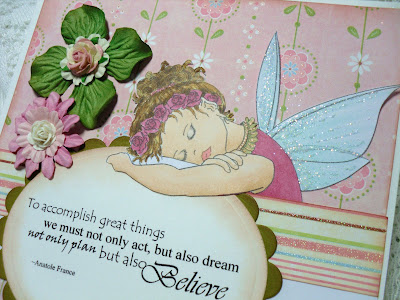 So who said life would settle down!!!LOL

Jack went off to the Isle of Wight on Friday as planned, we took Amelia to Speech & Language on Saturday morning then dropped her off at my MIL/FIL and arranged that we would pick her up on Sunday afternoon.

Chris and me then drove back and decided to have a little wander around the shops at Dockside, then onto a late pub lunch. I actually wanted to buy some new shoes but ended up buying a few clothes and bits and bobs for the kitchen- new oven gloves, cheese grater, garlic press and a teapot. We only ever use a teapot on holiday but have often said about getting one for home so Chris and me can have a civilised pot of tea out in the conservatory over the weekend!LOL

Anyway, the chances of us having a childfree weekend and not having a drink or two on Saturday night are very slim but for some reason it just didn't happen. I couldn't really get myself settled and had a half complete card made for the Dottie DT blog I HAD to make and blog Sunday morning. I am always a ditherer but things have been so unsettle since we got back from holiday the children back at school. My motivation has vanished along with my crafty mojo.

Anyway, there we were nearly 1am Sunday morning and Chris and me had warm milk and biccies and we playing a few games on facebook. Then the phone rang....it was almost as if we had stayed up waiting for the call!

It was my dad, mum was having to rush up to Guy's in London as a kidney had become available for a transplant! The emotions we all went through are beyond explanation and after a mad rush to London we waited hours and hours until finally after many tests mum went down to surgery at 4pm Sunday afternoon. The operation didn't go too smoothly and it wasn't until the very early hours of Monday morning that she was back up on the ward. Fingers crossed it all went OK and the kidney is functioning. 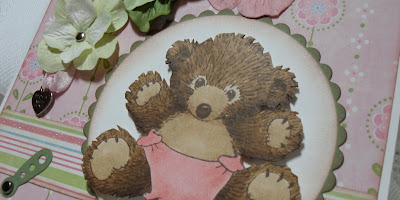 Goodness, life is all over the place at the moment. Back from our hols on Saturday, Amelia started her new school Monday and seems to have settled really well although she is desperately missing her friends. Jack started back, now in Year 6 and the 11+ is looming for him, he got the position of House Captain at school and today he has gone away for the weekend down to the Isle of Wight. First time he has been away from us really unless you count a few nights at Nanny & Grandad's house!
I have started back at work and have now increased my hours so I seem to be either working or pacing up and down nervously waiting for the children to arrive home. Routine is completely out of the window and I cannot believe they have already had a week at school.
Will life ever be organised, calm and relaxed?........I don't think so!
Right, a snippet of crafting and it is very much a little snippet! Here's a card I made this week...the ONLY card I have made for a few weeks actually! It fits in well with this week's challenge over on Cute Card Thursday which is to use pink and green! 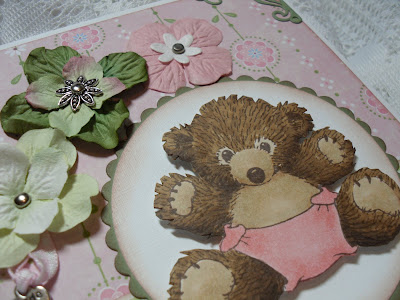 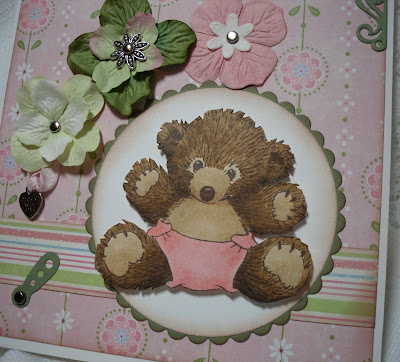