Well yesterday saw the end of another school term, Jack came home with loads of revision plus extra bags of washing in the form of his PE kits, Amelia came home bouncing out of the taxi wearing some rabbit ears she had made and laiden with some Easter goodies. On investigating the contents of her school bag I pulled out a creation wrapped tightly in blue paper towel, Amelia looked on excitedly as I unwrapped it. Inside was a lovely little clay pot boldly decorated in red, blue and gold. Fantastic, I thought- little pots to hold "stuff" are always welcome in our house - we seem to accumulate "stuff!" AS I admired the paintwork, I happened to notice the initials scribed into the bottom of the pot.......and they weren't Amelia's! LOL We discussed whose pot it was and Amelia was really quite concerned that she had another little girls work, I put her at ease saying that she could give the pot back today as she is going the the child's birthday party this afternoon. Problem solved! I delved back into her bag pulling out the second little creation wrapped in blue paper towel and this is what I revealed! 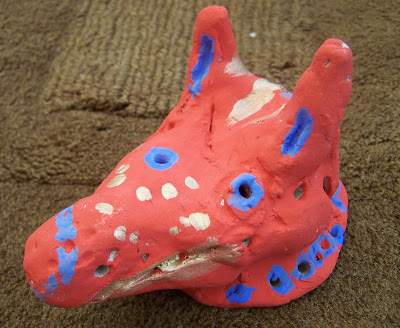 JUST what I needed - the head of Anubis!!! Not quite as useful as useful as a pot! Hmmm! Still in search of some creativity I happened to come across some nice boxes, just calling out to be altered...can you hear them? Now exactly how I will alter them, or in fact what I will use them for is another matter entirely! 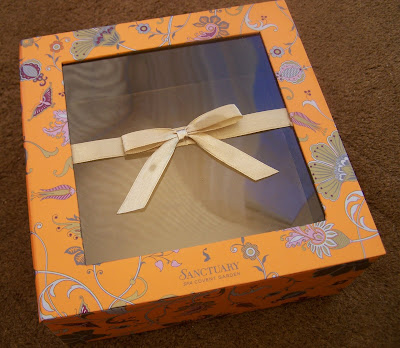 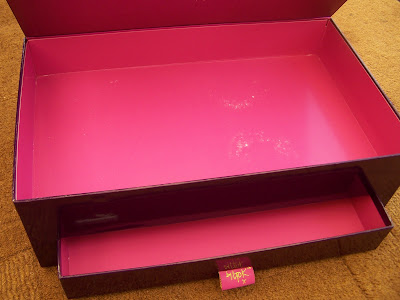 Right, all is quiet here at the moment. I am really suffering , so heady and congested and practically no voice at all. My darling Chris has taken Amelia to her party, Jack is SUPPOSED to be doing homework and I am going to have a hot, steamy shower followed by a dose of Lemsip and some Olbas Oil! Atchoooo! 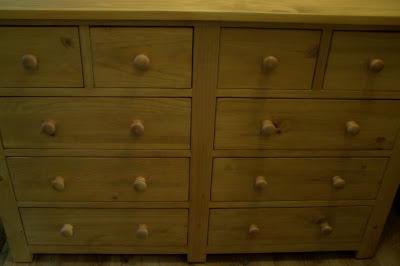 Today I have "a day off!" It's 10am and so far I have; Done 2 loads of washing, loaded and unloaded the dishwasher, hung one load on line. Cut a little template for an Easter basket for Amelia to decorate, found some little Spring stickers from the depths of my craft room, shredded some green paper to make some grass and then did some reading with Amelia. Taken in some furniture, telling the delivery drivers I wanted it left downstairs. I have a large unit in the hallway and two smaller ones left in the middle of the front room! As soon as they had gone I decided that I couldn't wait for Chris to get home to re-arrange our bedroom. SO, I have moved one bedside table, hoovered behind it, dusted skirting board and told myself that I was strong enough to get one of the new smaller chest of drawers up by myself. TOO heavy, took drawers out and inch by inch I managed to carry the unit up. I am just having a tea break before continuing with the next part of my plan to get de-cluttered and organised. One day, I will live in a clutter free, chaos free, organised home! LOL...I DON'T think!
x X x
on April 06, 2011 No comments: 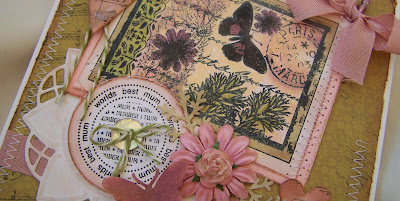 So, is my mojo back yet? Not really sure but I did have lots of fun trying out some of my new goodies yesterday. The stamp design is a bit different from my usual cutie, comfort zone and am looking forward to attempting some different inking techniques with it too.
* * *
This image I coloured in with my Copics, then attacked with some Glimmer mists and Glossy Accents. I used another "new stamp" well, I got it before Xmas but hadn't take it out of it's packaging until yesterday....does that still count as "new?" Anyway it was the Musical background stamp from Jennie at Artistic Stamper. I am planning on making up a batch of inked, stamped heart, butterflies and flowers on some recycled chipboard to have on hand IF and when my mojo ever gets back to it's former self!
* * *
Right, best get on. My darling hubby if cooking a lovely roast dinner and I am going to spend some time out in the conservatory, sipping a nice glass of wine and colouring some images with my Copics. (Blows the dust off the box!) 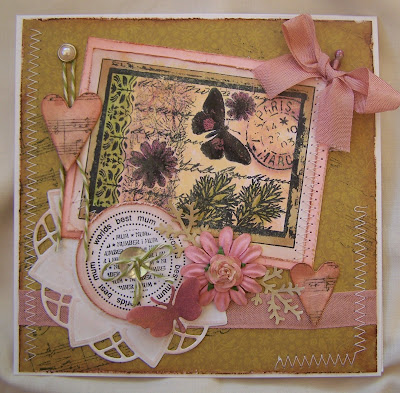 My card is going into the challenge at: Scrapbook Sisters - 29 Mother's Day card Dutch Dare - Distressing Clear it out - Buttons (I did however struggle to part with this little mother of pearl button!)
on April 03, 2011 6 comments:

Some crafty spending to revive my mojo!! 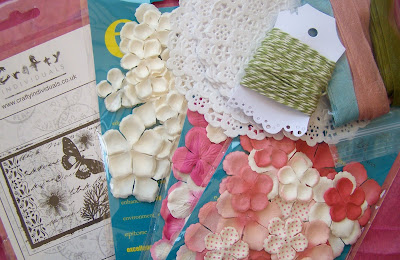 Just a little bit of spending to hopefully get the creativity kick started. It worked, well it had to seeing as I hadn't made a Mother's Day card for my mum until yesterday afternoon. I was eagerly looking out the window for the majority of yesterday morning in hope that Mr Postie would turn up trumps.....and he did!!!!! Scrummy flowers, seam binding and twine, will need to continue sorting all my stash in preparation for some more colours! I have really enjoyed trying out my new stash, thank you Tracy of Creative Treasures! I will reveal my latest creation shortly, after my mum has seen it!!! LOL
Happy Mother's Day!
x X x
on April 03, 2011 1 comment: