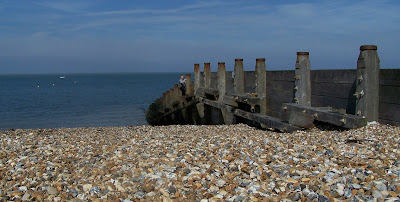 Making the most of the last weekend before the children go back to school as well as the forcast of a glorious sunny September day, we decided to take off to Whitstable for a few hours. I have visited a long time ago but don't know the area very well.
We started of by walking "The Street." (A strip of land about a half a mile long that you can only walk at low tide.) After ambling along, collecting shells, mother of pearl and a few oysters along the way, we only managed to reach the end just in time before the tide was against us. 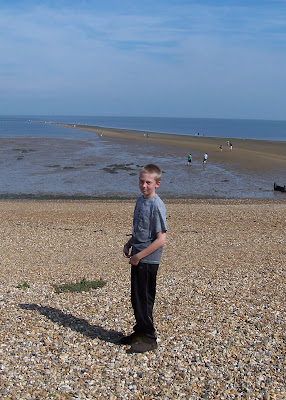 After a walk around we settled for a fish and chip lunch on the beach, the weather was truely gorgeous and aftyer lunch we spent some time just enjoying the sunshine...... it wasn't long before my little mountain goat, Jack, just HAD TO clamber over the breakwaters! 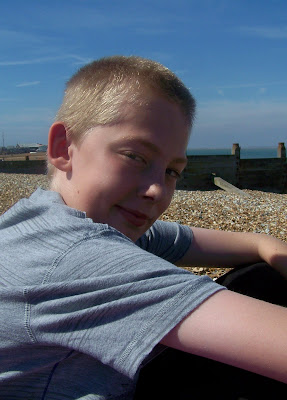 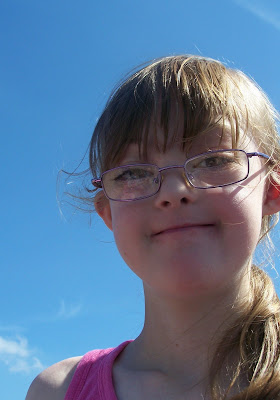 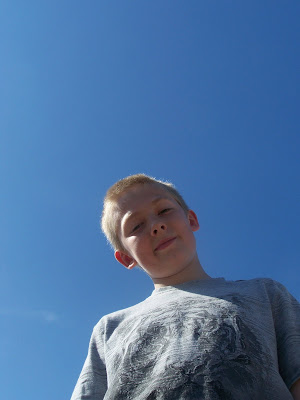 By mid afternoon it was far too hot tobe wnadering around so we decided to make for home where we watched the children run around the garden as we enjoyed a rather large jug of Pimms...well I did say we were trying to make the most of the summer didn't I!

I live not so far from Whitstable, and the sunshine has certainly gone today! The top picture made me feel quite wistful!

Lovely pictures... Still can't read the text though... Is the background black? I think my iPad might be not loading a flash related image... Not a place I've visited but it looks beautiful xx

I will try to revamp as soon as I get a chance.