We are back from our hols and I am now playing catch up on some blogging and sharing a few holiday snaps!

After an early start we set off on our journey to Cae Llwyd, a cottage near Llanrwst, nestled in the Conwy Valley and on the outskirts of Snowdonia National Park. The children struggle to sit for 5 minutes without bickering, so a 5 hour journey was not something we were looking forward to. In anticipation of this we decided to get some in car DVD players to keep them both occupied but instead we should have just got some travel pillows! 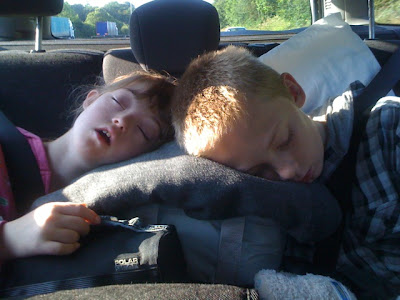 We made very good time so as we drove through Llanrwst we detoured across the bridge and stopped off for our first cream tea! We followed with a short walk along the river and a quick pit stop in the park for the children to let of a bit of steam! 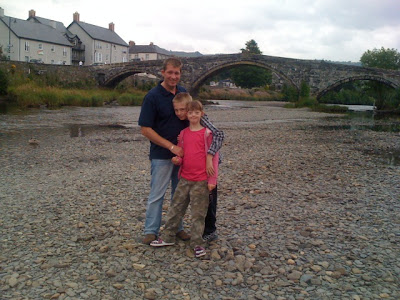 On our approach to the cottage my heart went into overdrive several times as we encountered some very steep, narrow and winding lanes. (Please remember I am a Peckham girl originally!) Perhaps following the SATNAV route was not such a good idea! Once at the cottage we were not disappointed, in fact I was rather overwhelmed by the views of the surrounding countryside! 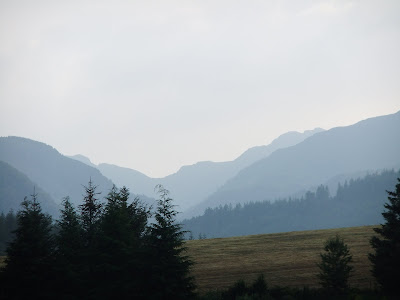 The inside of the cottage was lovely too! 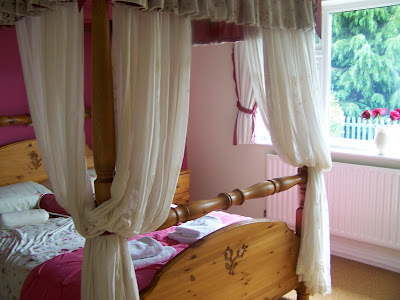 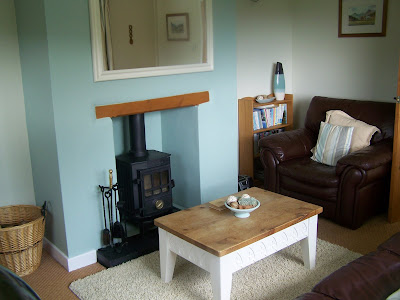 The neighbours are rather noisy bleaters though! 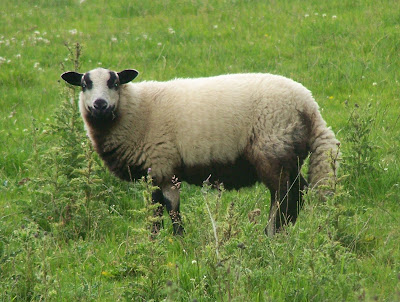 Later on we opened a bottle of wine and sat in the garden watching the sun go down and the housemartins zooming around above our heads. 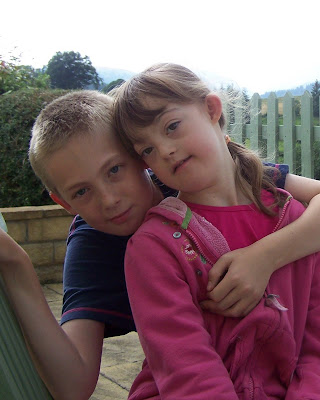 And to finish a very long day we lit the wood burner and chilled out feeling totally relaxed! 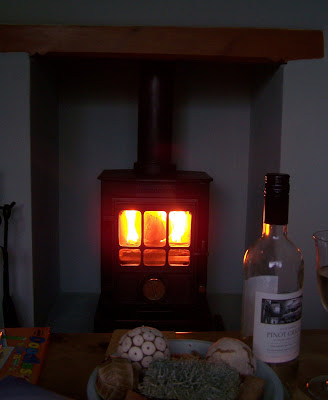 The mum of all trades said...

That just looks such a cosy little cottage. Perfect place to get away from it all. Enjoy!

What a gorgeous cottage. Looks like you all had a great time away and very much deserved too. Had to smile at the DVD vs travel pillows, oh dear. At least the journey was lovely and quiet and they do look sweet asleep xx

glad you loved it - and thought it worth the effort - miss those roads personally :-)